While installing docker on my windows 10 machine I found that Docker for Windows requires 64-bit Windows 10 Pro with Hyper-V available, what? omg, I was expecting something simple… but NISBEIP, let’s move on. Tried to use the Docker Toolbox that didn’t work as smooth as I expected. After some hours banging my head against the wall I decided to create a Linux Virtual Machine using Virtualbox and use docker from there. But now here it comes the new challenge: How do I access the internet from the VM or even from the docker inside the VM and use a name to connect to it? I started to think about some crazy ideas

Then I saw a video from Corey Schaffer talking about a network of machines with VirtualBox, then the Aha moment happened: KEEP TWO NETWORK INTERFACES IN THE VM!! 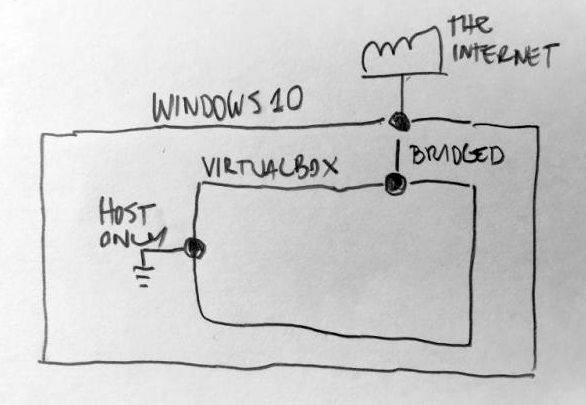 Here are the oversimplified steps to do it:

Setting up the fixed IP

Make sure the Host-only network interface doesn’t have DHCP server activated and there is a fixed IP assigned to the host machine, check this at Virtual box menu, Host Network Manager, yes this one is tricky it’s not a Virtual Machine setting, is a Virtualbox setting. 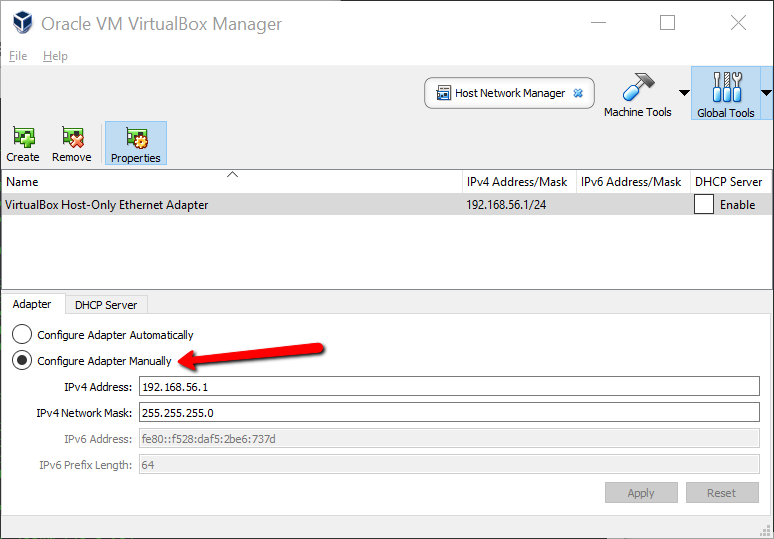 Now that your Host-only network adapter is pretty much useless, let’s make it usable by assigning an IP to the 192.168.56.X network. Using the ifconfig -a identify the interface name that doesn’t have an IP assigned, mine was enp0s8. edit the file /etc/network/interfaces and add the following lines at the end

restart your network service by using:

And now your Virtual machine is accessible thru the IP 192.168.56.100, add this to the hosts file at the windows machine and you can ssh to the machine that will have a fixed AND a dynamic IP from the Bridged network interface.